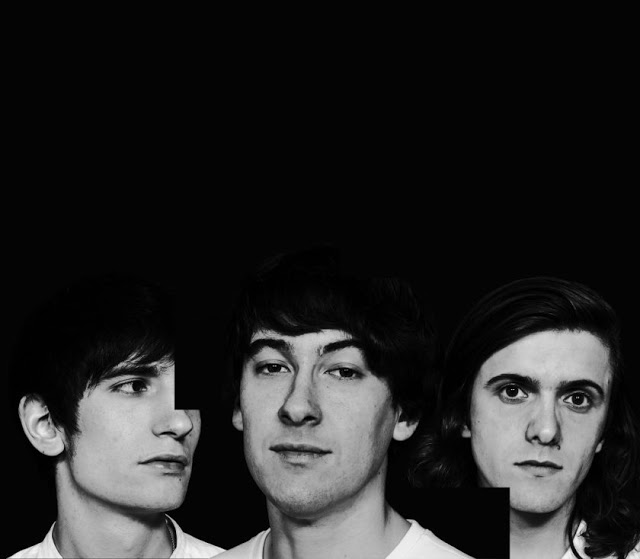 In conversation with Husky Loops

Husky Loops are an alternative rock band currently based in London, UK consisting of vocalist and guitarist Danio Forni Jr, drummer Pietro Garrone and bass player Tommaso Medica. After relocating from their home country of Bologna, Italy, the trio then went on to study music at London’s Royal College of Art together before forming the band.

They have since released two EPs; Husky Loops in April 2017 and EP2 in October 2017 via Alcopop! Records. Husky Loops’ music could be best described as a cohesive, yet feral merging of post-punk and alternative rock, containing elements of rock’n’roll and old-school punk. Their use of odd timing signatures, catchy riffs and ferocious vocals have gained Husky Loops considerable attention, spawning widely successful tours with the likes of Placebo, The Kills, Sunflower Bean, Yak & Estrons, to name but a few.

We caught up with Husky Loops’ frontman Danio on uninspiring tags and true stories:

For anyone foreign to Husky Loops’ twisted effervescence, how would you personally describe the music you make?

That’s very hard to do, but let’s try…

I’d describe it as intimate songwriting mixed with very strong grooves and beats, plus some sharp riffs. And it’s minimal!

Husky Loops’ debut self-titled EP was released in early 2017. How did this recording process differ to EP2 released later on that year?

It didn’t actually differ that much – in fact we kinda consider EP1 and EP2 to be our first album. The concept was really important for us and we wanted to really establish a sound that people could recognize, but at the same time different from what we were doing live. It was recorded by the same person and I produced both EPs. Both were recorded live, except a few songs where maybe bass or guitar were re-recorded on top of a live take. I think the second EP is even more minimal than the first – It’s a bolder and more complex product, something we just had to finish and release to see where it could go. Sometimes I actually wish I didn’t double track the vocals, to make even more of a statement, something that says “It’s just a 3 piece band playing these kinds of arrangements”, but then I guess I got carried away by the ideas and sounds I had in my head… So it’s always hard to balance things out in the studio, and your taste might clash with your own vision. I think sometimes that’s the challenge, if you’re lucky enough to have a vision.

Husky Loops supported alt-rock greats Placebo back in October 2017 – how did this come about? And what did you take from this experience?

Brian [Molko] and Stefan [Olsdal] liked our music, and chose us to support them on their UK tour. We’ve never played in front of so many people every night! It was like thousands of people, every single night, with only a few breaks. The tour ended at Brixton Academy, we played two nights there and that was amazing because it also felt like home. For the first time,  I think we really learnt what it means to play those kind of shows – where you receive so much adrenaline only by hearing the crowd when you walk on stage. It was a great experience, also it’s pretty amazing to hear yourself so well every night on stage! So thank you, good professional monitor engineers. We owe you a lot!

Since relocating to London, how does it’s live music scene differ from when you were living in Bologna, Italy?

Oh, they’re so different! I wouldn’t even know where to start…

In Bologna, I mostly played in front of the same scene and friends, so It was much more of an intimate and repetitive experience. In London, we played for about 3 years (with different bands) in different pubs every week, in front of different people every time. There isn’t a scene here for bands. At all. So we learnt a lot from people booing us or not clapping after we finished a song. I think that’s how we became a “rock band” with that “in your face” sound. We wanted to be loud and aggressive so that people could hear us even though they were chatting to their mates. We believed in what we were doing, we never really thought “maybe we’re doing something wrong here”, ahah!

In such a saturated market – what are your thoughts on ‘modern rock’n’roll’, and how do you feel about the tag being associated with your music?

We don’t care about associations – whatever people want to call us, that’s what we are. It’s never your job as an artist to give yourself a name, I think. Personally, I don’t think of Husky Loops as a “post punk / indie weird band” like people like to call us. I don’t even think of us as a band really. And I know that sounds insane and pretentious to many of you, but I just don’t think with a band mentality. I don’t write thinking “this is for a band”, I write thinking “this is for Husky Loops”, and I don’t think another band would be able to play what we play. The industry loves putting music into packages and that is kinda boring, in England this actually happens a lot. You’re in a band – so you play guitar music – so you’re indie – so you should end up on NME. I would actually like this to stop, I don’t think it’s inspiring for anyone. Making bands feel like rock bands will only create more bands sounding like the previous ones, and that’s not very rock’n’roll at all. There are so many bands today like you say, and they all sound the same. Rock’n’Roll should be about innovation, and changing what you don’t like around you and around the industry. So I definitely would say that most of the bigger rock bands out there today aren’t what I consider rock’n’roll at all. But that’s just my opinion 🙂

I just recently found out what my favourite albums of 2016 are! I’m always so late…

Where did the inspiration to write your debut single ‘Dead’ come from? And where do Husky Loops usually like to find their inspiration?

‘Dead’ is a real story. It describes word for word a funeral which I attended when I was about 17 or 18. A poet and friend of mine committed suicide, and it was just me and my best friend there. Everything seemed very surreal, but It’s all true.

Inspiration comes a lot from everyday life, very intimate thoughts, my family and love. I don’t like distorting too much what I see, I write very quickly and I like memories for what they are.

What does the future hold for Husky Loops?