Wolverhampton-based five piece, METHODS, have been making their mark in the local music scene with their electro indie and dark synth compilations. Their 2017 single ‘Sanctuary’ was recorded by producer Gavin Monaghan (Editors, The Junipers, The Sherlocks) at Magic Garden Studios and it launched them into the live music scene where they found their love for the stage.

‘Fires’ is another indie-synth staple from the group as the song tackles a brooding subject but transforms the sadness and leaves you with hope. The repeated verse “smile and carry on” can be interpreted in a couple of different ways, depending on your own views on life. Something bad happened to you which hurt you? “Smile and carry on” – always remember to stay positive. Or it could mean that you stay oblivious to what’s happening around you. As the outro states, “I’ve got the world crumbling around inside my head”. You could choose to “smile and carry on”, but that means you ignore what’s going on and don’t really tackle your own problems. ‘Fires’ is sure to be METHODS’ biggest single to date.

We sat down with the guys from METHODS to find out more about the people behind the music.

Watch the music video for ‘Fires’ via IndieGROUND:

What does each member of Methods bring to the table?
Pete (drummer) Adam (bass) bring the beating heart to all METHODS tracks, locked tight they are the solid foundation on which we work our magic. Ryan (guitar) brings the melodic, yet at times dark, riffs inter woven seamlessly with the 80’s inspired synth lines from Nash (keys). All together creating the perfect soundscape for Ash’s (vocals) dark, relatable lyrics.

Is there a special story behind any of the instruments used?
No real special story really. We just love to experiment with sound and mixing the electronic synths and analogue instruments along with arpeggiators and bass loops. In the studio is where we do all our experimenting really. The last track we recorded has all of the usual electronic stuff and guitars etc and then, along with Gav (Magic Garden Studios Producer) we composed a string quartet piece. It sounds amazing, it’s called ‘No Cover’ and will probably be the lead track on the EP early 2019.

Set the tone for us. How would you describe Methods’ sound?
Big. We like to create big sounding songs, in fact we find it pretty hard not to write big sounding tracks. We are really in a good place at the moment when it comes to writing songs. We have so many we want everyone to hear; it’s hard to hold back on just releasing them all at the same time. If we had to pigeon hole our genre, I guess it’s Electro Indie, whatever that is.

Before performing a gig, how do you approach the look of the band? Do you have a certain aesthetic in mind?
We don’t think too much about the clothes we wear really, it’s not like we all have to wear the same things or anything. We are now in the process of adding a visual aspect to the gigs though and that’s very exciting. We are working through some ideas with a video artist at the moment and people will start to see this appearing at gigs very soon. 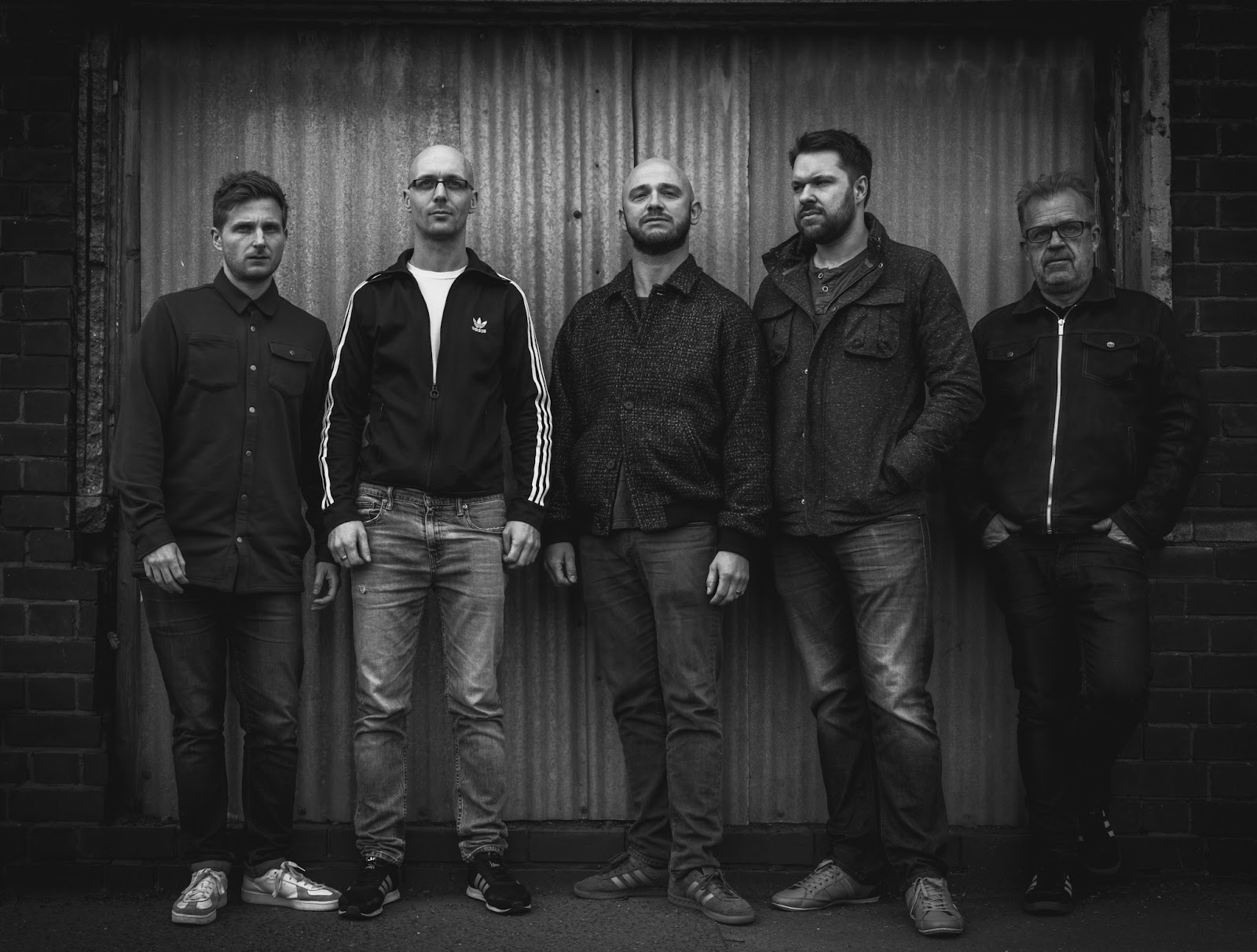 What’s on your current playlist?
A new band from Manchester; Ist Ist (love these at the moment). Always some Bowie, Kraftwerk and Joy Division on there and lots of other random stuff. We like all music, it’s really hard to say.
Any up and coming artists you feel need more attention?
Ist Ist and METHODS… To be honest there is sooooo much unsigned and unheard amazing talent happening all over the country every weekend people really need to get out to their local venues and get supporting these upcoming artist.
Take us through your songwriting process. Are there any particular steps you take when putting music together?
Normally one of us will come up with and idea and build it from there. So for example Ash might come up with an idea for some lyrics, bass line and chord progression, send over a rough garageband or acoustic guitar version. Nash, Ryan and Ash then tend to develop the idea further, Nash will add some synths and rough drums and Ryan will add some guitar. We will then take this in to the lock up and work on it as a band based off the rough version we have. Pete and Adam will them personalise their parts and before you know it we have another big tune on our hands.
What would you say are some of the biggest mistakes young artists make in the studio and on stage?
In the studio the biggest mistake you can make is to waste time over producing tracks. When you take a photograph you are capturing that moment as it was at that precise moment in time. Recording music is the same. Too much time over producing tracks takes that feeling away.
On stage the biggest mistake young artist make is trying to imitate other people. Just be yourself, write your own music. 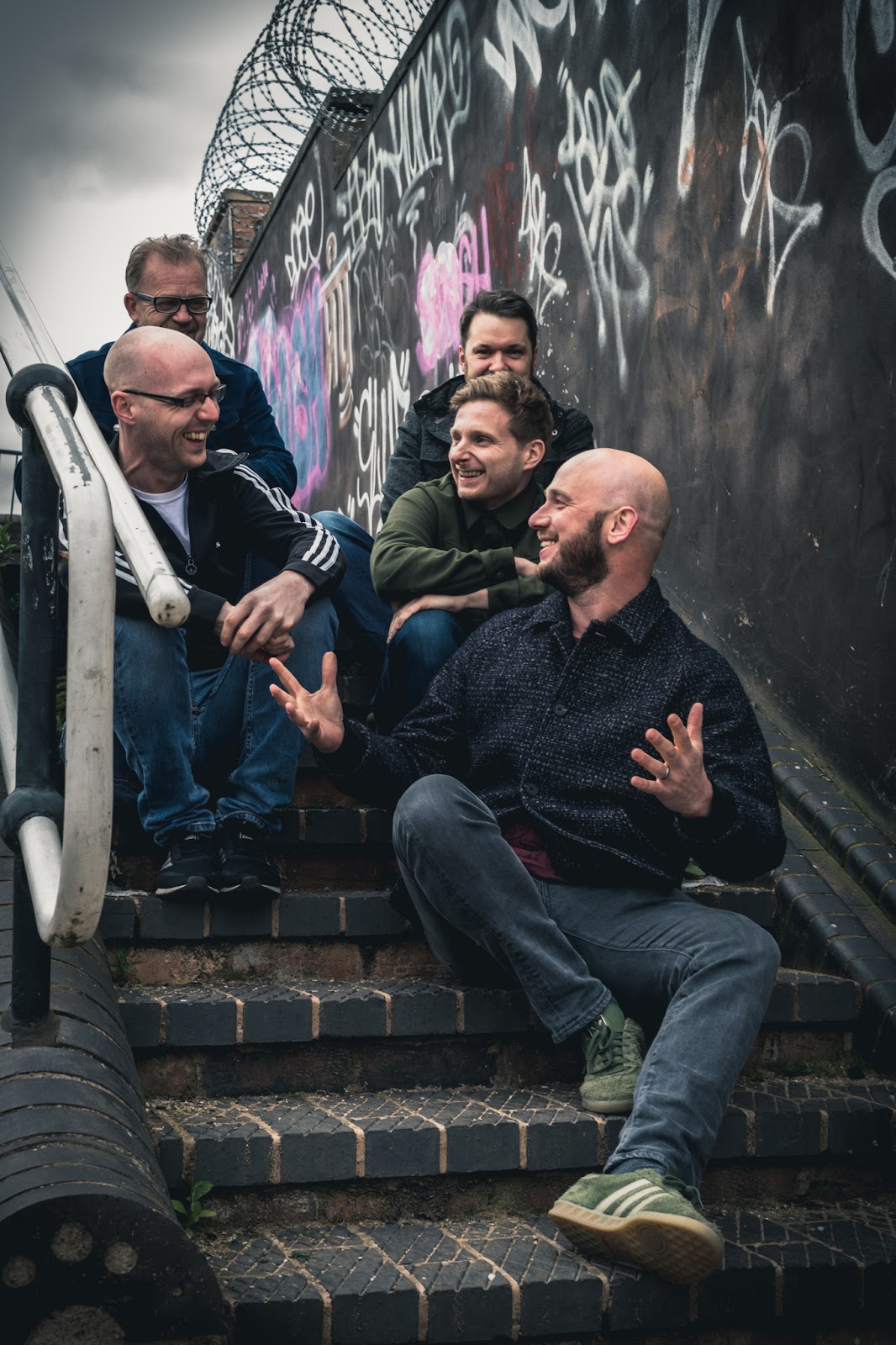 What gets your creative juices flowing?Just life really. Our inspiration and creativity comes from where we live and what we are surrounded by. I guess the creative juices are always flowing. Although a pint does help sometimes. What do you personally consider to be the incisive moments in your artistic career?We are at that incisive moment write now. We have decided we are now doing things alone and our way. We have worked with small labels in the past and always felt we could be doing things better or at least as good as. We have recently set up our own label ‘Hellhole Records‘ and released our first single on the label ‘Fires’. The future is looking bright we have been getting some good responses from the single and the buzz seems to be growing. David Bowie is quoted as saying “It makes me so angry that people concentrate on lyrics. It implies there’s no message in the music itself.” What are your thoughts on this statement? Music or lyrics?Both. The music is just as much a part of the message as the lyrics. Even the best lyrics in the world are pretty uninspiring sat on top of crap music. Tell us about the chemistry you have with your fans on stage.We’ve been told we are pretty intense on stage. I mean we are never going to have mosh pits and crowd surfing; our music isn’t like that I guess. Saying that though, we do have a laugh on stage with each other and the crowd during a gig. If the crowds up for it then that helps. 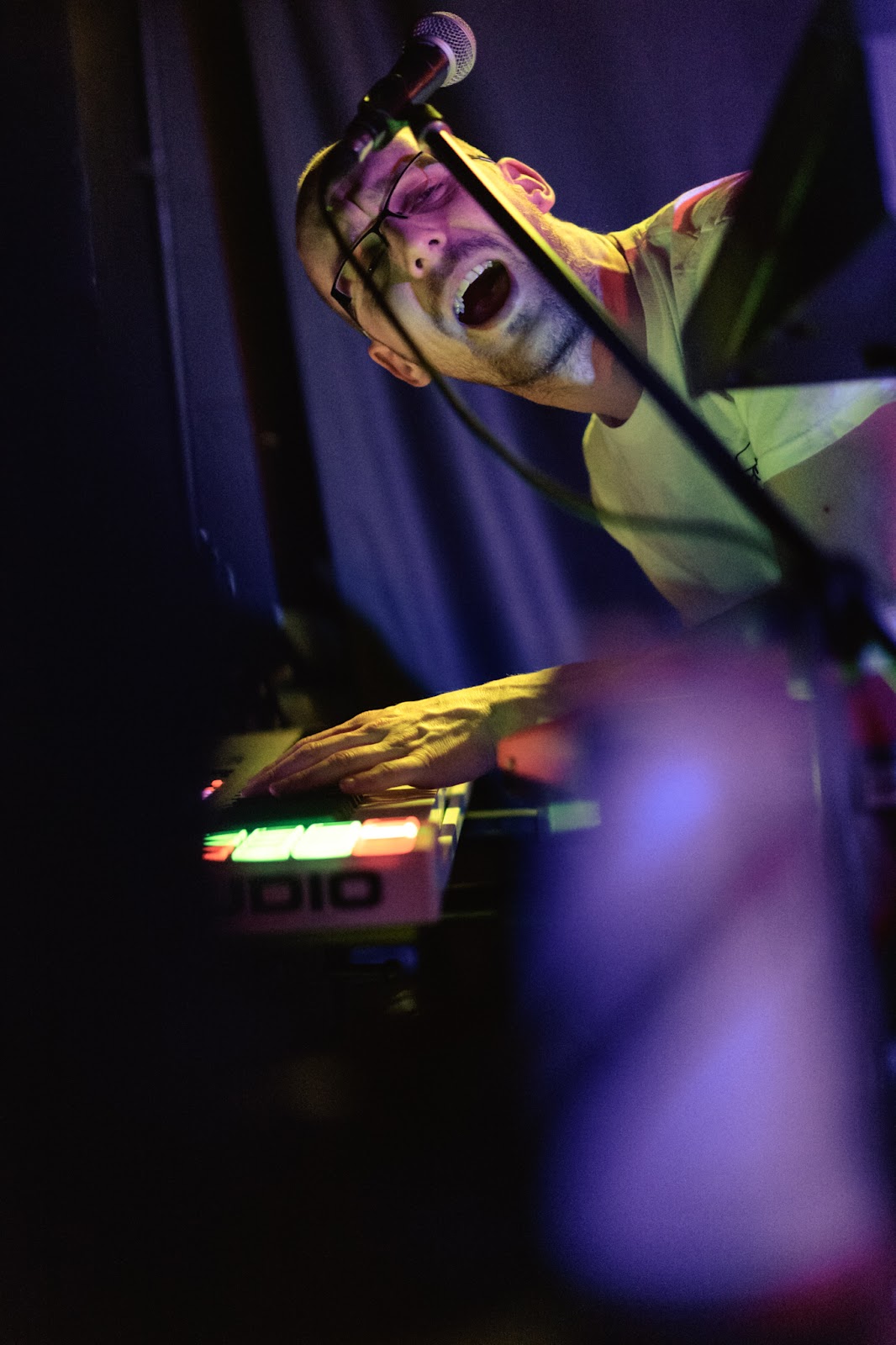 What is the most memorable response you have had to your music?
We great great responses all the time after gigs there’s always people from the crowd saying how much they loved it and how they enjoyed the music. That’s the best response you can get really. Everyday people enjoying your music.
Is there an experience Methods had to go through you would rather forget about?
Just a period of wasted time during the release of our first sing ‘Sanctuary’. Although we did learn a lot during this time so I suppose it was something we had to go through.
If you had to choose between never playing live again, or never being able to release music again… Which would you go for, and why?
Never release it. We love playing live.
Since the beginning of your musical career, how would you say have you refined your craft?
That’s been a long time for all of us. Since the original METHODS line up we have spent a lot of time working together and finding out each others strengths. Having done this we are now ready to take over the world… or at least release some banging tunes and play some ace gigs.
Can you tell us a little bit more about ‘Fires’? The writing process, the concept, video, response, etc?
‘Fires’ is a song about a break up really. Two people that have been together for a long time and grown apart – one side is controlling and dominant, the other just wants to be loved and neither speaking enough to the other. WOW, quite deep that.
The video was filmed at a park close to Ash’s house. Wanted to make something a bit weird so that’s it really lol. The next video we have planned will blow your mind; it’s going to be very special indeed.
We’ve had some good reviews and overall a great response to ‘Fires’. Lots of radio plays and support from our local BBC Introducing station. We are in a great place for the next single release in October.
What can we expect from you in the near future?
Next single is called ‘Mankind’ and will be released in October.
EP to be released early 2019.
We are taking a break form gigs in September and back out in October until the end of the year. Probably  have January off and then get as many gigs as possible throughout the whole of 2019.
Basically loads of gigs and lots more releases coming up. We are also back in the studio in August to record another track for the EP.
Methods’ famous last words?
Wolves Aye We