Australian siblings Andrea, Daniel and Cale Suesskow came together as a family to start Niterunner, and the sound they create is synth pop heaven. They recently released ‘Stay Tonight’ via Stoney Roads Records and it has been growing steadily on all streaming platforms as fans are hooked by the nostalgic sound the Suesskow’s create.

Their father owned a record store and DJ’ed in in spare time, providing the perfect musical background as their house was always filled with melodies and rhythms. As adults, they have followed careers as a veterinary nurse, chef and entrepreneur respectively. This has allowed them to each approach music from a different angle all coming together in their signature laid back sound.
Easily compared to legends like M83, St Lucia and LANY, they can easily create remorseful nostalgia or upbeat dancing though their use of 80s inspired production.

We sat down with Andre, Daniel and Cale Suesskow, AKA Niterunner, and spoke about their creative process, their live performances and so much more.


What does each member bring to the table?
Each of us bring a different flavour to the dinner party – Daniel is on the production/strings/keys side of things, Andrea writes melodies and lyrics and Cale acts as our mediator bringing a little bit of everything to the table, as well as playing the kit at our live shows.

Set the tone for us. How would you describe your sound?
It’s a little bit pop, it’s a little bit 80’s, and it’s a whole lot of dreamy production that would feel at home against a nostalgic coming of age love story.

What’s on your current playlist?
Where to start?! A few tracks we are loving right now – Future Jr. – Changing, Men I Trust – Tailwhip & Oliver Ft. Chromeo – Go With It. 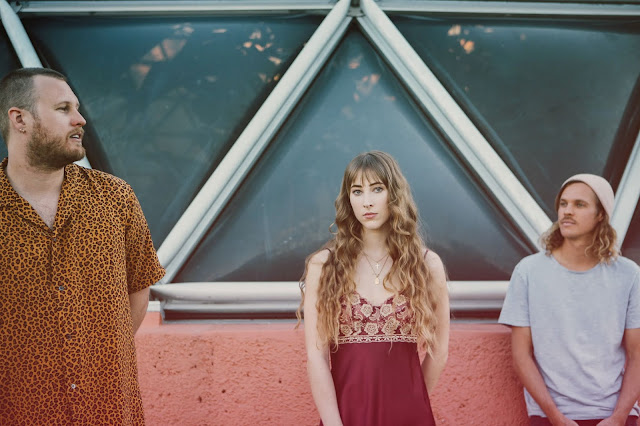 Take us through your songwriting process. Are there any particular steps you take when putting music together?
This varies a lot! Sometimes Andrea will write an acoustic demo on a guitar and Daniel will work his production magic, Daniel may bring an instrumental track to the table with a melody idea and Andrea will write the lyrics, or Cale may have already had the song in his mind bank for years. It’s generally a pretty organic process for us and every time it falls together differently.

What gets your creative juices flowing?
Many things! They say heartbreak and despair is a good songwriting muse, but our best songs have come from seemingly inconsequential moments, interactions and observations that have led us to bigger feelings and stories. That, and whenever we all get together in the hills of our family home studio, it’s always a good time.

What do you personally consider to be the incisive moments in your artistic career?
David Bowie is quoted as saying “It makes me so angry that people concentrate on lyrics. It implies there’s no message in the music itself.” What are your thoughts on this statement? Music or lyrics?
All three of us would probably answer this differently, The simple answer is, there is absolute magic in both. 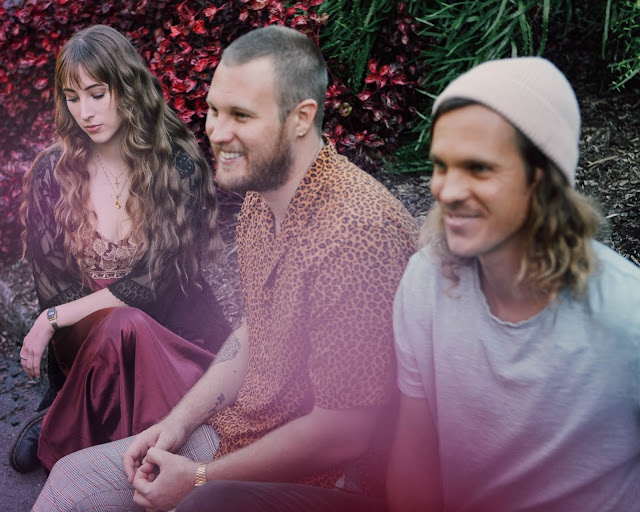 Tell us about the chemistry you have with your fans on stage.

There is nothing more humbling and electrifying than seeing an audience have a moment with a song you have written, with something you’ve pulled out from deep inside your soul, and to see them sing along to your lyrics. It’s surreal and It’s the reason we make music.

What is the most memorable response you have had to your music?
The last show we played was at Arcadia Events Festival, and probably was one of our most fun shows to date. It was absolutely freezing so it felt only necessary to create a dance party to stay warm, there were people climbing and dancing on speakers and hay bales and a screaming encore to finish off (after Cale’s ridiculous drum solo). It was very special.

If you had to choose between never playing live again, or never being able to release music again… Which would you go for, and why?
Ooo tough.. Again everyone would probably answer this differently, but Andrea’s vote is to never release music again. You just can’t beat that feeling of playing your music to a room of people.

Breakdown the news for us: what can we expect from you in the near future?
We hope to have a few things in motion in the not too distant future, another release is in the pipeline, maybe a sneaky collaboration and hopefully some interstate live shows. 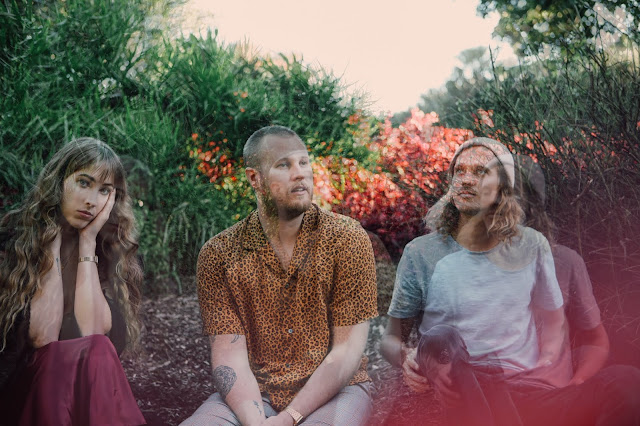 Image credit: Blue22 Photography Humble and independent, The Heavy North is still going strong since receiving the stamp of approval ...

Image credit: PRESS With extensive experience in the music industry, alternative band Polyplastic a.k.a. Charlie Ellis and Emily Ibarra have ...

Leaving our toes tapping along to their bluesy rock-infused rhythm, Stevans return after their album release Renaissance with the new ...