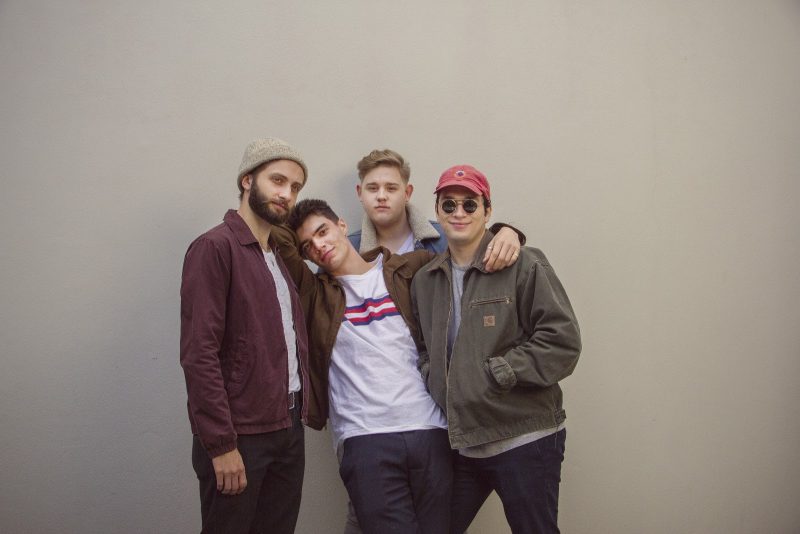 London-based, and formerly known as “Regions”, Kimono Loco performed for the first time in a small west London pub in 2014. The rest is history. Consisting of James Hofbauer on vocals, Alejo Sonnenberg on drums, Chris Godfrey on guitar and Luke Hamlin on bass-guitar, Kimono Loco have been going from strength to strength since their inception and have just dropped their brand new single, titled ‘Big Boy’.

The new track is a whirl of 80’s-inspired synth, attitude and big beats and deals with the trials and tribulations of adulthood, with the lyrics cheekily remarking “I’m a big boy now.” The track keeps to the band’s indie roots but has quirky pop edge to it, making it a unique and danceable track that’s bound to get stuck in your head after the first listen. In a press release, Kimono Loco explained that, “‘Big Boy’ is our most ridiculous track yet, and we wouldn’t have it any other way. You can hear much more of the 80’s in this EP and that’s something you can expect from us in the future.”