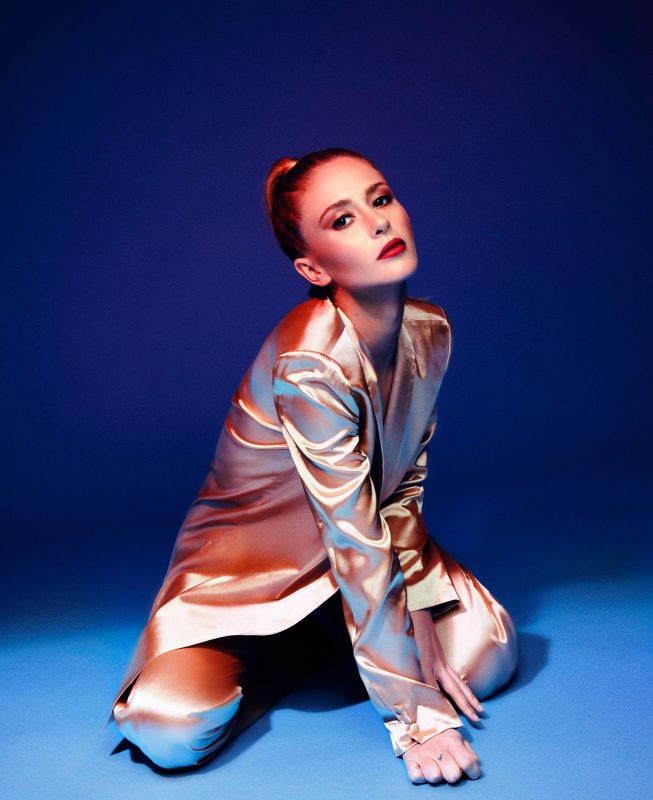 New York City-native synthpop songstress Julietta is a fierce ball of drums, fashion and self-discovery. Having just released her debut album, ‘Smooth Sailing’, this unique musician is bringing her own spin to the classic indie-pop sound that we thought we knew. Julietta’s music has the funk of disco but the thoughtfulness of blues, all undercut by an infectious modern electronic energy.

On ‘Smooth Sailing’, Julietta shares stories from her adolescence as a wild youth in NYC, getting caught up with the allure of big city excess that led to addiction and struggles with mental health. While struggling to gain her sense of self, Julietta discovered her voice through songwriting as part coping mechanism, part cathartic release.

Listen to Julietta’s album, ‘Smooth Sailing’ below.
We caught up with Julietta and chatted about new-age music, dreamy vibes and what the future has in store for this talented artist.

To those not familiar with you, how would you describe your sound?
Indie Electro Synth Pop.

How did it all start for you? Why music?
It’s what my heart wanted.

Which three albums would you say influenced your sound the most?
A mix between Banks, Blood Orange and Chet Faker.

You’ve been playing a lot of live shows recently and have a couple more lined up – which has been your favourite show you’ve played (so far)?
My fave was definitely at Baby’s Alright with Donna Missal and Evan Giia. Badass chicks.

And a show experience that you’d prefer to forget?
When the monitors break and ya can’t hear yourself sing 🙂

What are some of the key influences in your music? Whether it be the sound created by others, imagery, films or any kind of art form.
Dreamy vibes always.

If you could collaborate with any artist, living or not, who would it be and why?
Fleetwood Mac or Cranberries, I used to listen to them all the time when I was a kid and envision myself being Stevie or Dolores, singing their songs. I really have a special place for their music.

What is one sub-genre you think doesn’t get the attention it deserves?
New-age music music to meditate or do yoga to.

Any new or upcoming artists on your radar?
Madge, she’s the most badass.
What can we expect from you in the near future? Any upcoming projects or gigs in the pipeline that you would like to tell us about?
Playing my first show in LA Sept 29th at Hotel Cafe with one of my fav ladies Madge!!!!