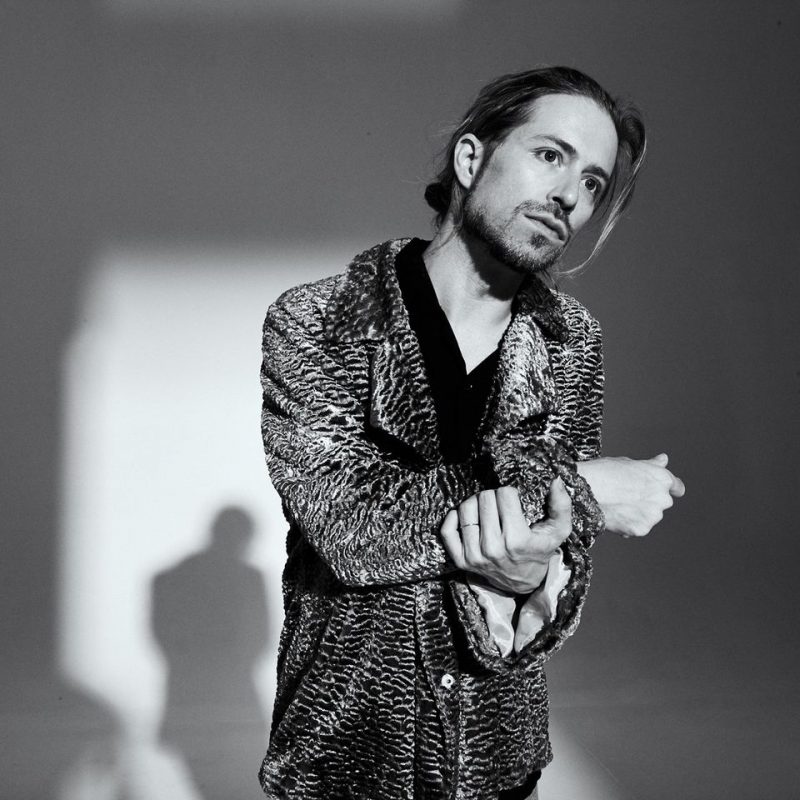 Creative output has never been an issue for Bryce Avary, better known by his long-time moniker The Rocket Summer. While for some, songs come in a steady drip, Avary has always been drinking from the proverbial fire hose. The origin story of his new album Sweet Shivers then, which traces multiple studios in different cities, is not one of writer’s block. Songwriting for Avary is the air he breathes, and the only grand design in recent years has been to live. “Writing is where I feel most normal, it’s where I come alive” he reflects. “It’s therapeutic, so I just keep writing until I’m buried in too much material. Somehow my twisted logic to get out from under the mountain of songs is to just write even more.” It wasn’t until he sat down to comb through fifty plus songs and ideas that an album began to crystalize.

Fans have flocked to Avary’s optimistic and exuberant songcraft and the community it inspires for years, and to that end Sweet Shivers does not disappoint; but the album is multi-dimensional and nuanced. After several years living in Los Angeles, Avary decamped to a cabin in rural Texas to recharge and find inspiration. Avary explains the motivation, saying “I wanted to write the album from different geographical locations to help inform and inspire different viewpoints”. After acclimating to big city life, isolation proved reflective and often difficult, but moments of serendipity helped point the way. “Right when I got to Texas, this honeybee landed directly in front of me and seemed as though it was almost trying to communicate. Parts of my life felt a bit upside down at this time, and the bee just hung out with me for a bit. I thought about how bees see flowers differently from humans and in at that moment I realized maybe the message was perhaps there’s a beauty in seeing from a different perspective; perhaps I need to see like the bee.” Avary snapped a photo that ultimately would become the album cover, but its centricity to the album wouldn’t become clear until looking back later. Avary explains, “to me this whole record and just the overall theme of my life the last couple of years is finding beauty in seeing from a different perspective, especially when areas of life feel a bit convoluted.” The resulting album is modern and alive, and an honest reflection on both where Avary has been, and where he’s going.

From the moment he exploded onto the scene as a teenager in the early 2000s at the forefront of a wave of indie pop, Avary has been a musical force. Charging out of Texas and onto the international stage he has never been in short supply of ear-worm hooks and effortless charm. The Rocket Summer’s first full-length album, Calendar Days, won considerable national attention in 2003 before being followed by 2005’s Hello,Good Friend, which peaked at No. 26 on Billboard’s Heatseekers chart.  The Rocket Summer’s indie success helped to win Avary a deal with Island/Def Jam, which released Do You Feel in 2007.  That album reached the Top 50 on the Billboard album charts and #16 on the Billboard Top Rock Albums charts, while spawning a pair of popular singles in “So Much Love” and “Do You Feel.”  Of Men and Angels followed in 2010, debuting at #1 on iTunes and producing hits in “Walls”, “You Gotta Believe”, and “Hills and Valleys”.
For the Rocket Summer’s 2012 album Life Will Write the Words Avary followed his dream of starting his own label, moving from Island/Def Jam to his own Aviate Records. The album debuted at #58 on the Billboard Top 200 and #12 on Billboard’s Top Modern Rock/Alternative Albums chart. 2016’s follow up Zoetic marked a sonic departure from Avary’s previous work as he forged into unexplored territory and more experimental sounds, described by Substream Magazine as “if Trent Reznor, Mutemath and Paper Route formed a super group in secret.” The album was The Rocket Summer’s best critically received, with high praise from Paste who wrote “Zoetic proves Bryce a master at creating catchy, upbeat anthems”.

Debuting at such a young age, Avary has matured musically and emotionally alongside his fans, from indie pop crooner to indie rock mainstay. Perhaps that fact reflects the bond he feels with his fans and their loyalty. In a digital world that obfuscates human interaction, Avary has remained steadfastly committed to maintaining direct relationships with those who support him, and for all the rock star looks and performances, Avary is betrayed by the simple fact that he’s a genuinely and intensely good person.

Now with Sweet Shivers, Avary’s musical evolution and the breadth of his songwriting is on full display. The album is stunningly expansive, from the opening crescendos of “Morning Light” to the frenetic closing notes of “m & m”. There are hallmarks of Avary’s familiar songwriting style in lyrics that manage to be both extremely personal and universally applicable. There are crowd anthems in the defiant song “Shatter Us” and tender moments of empathy with “Blankets”.“PeaceSigns” is a plea for peace, dressed as an apathetic satire of the state of the world. The common sonic thread throughout is a commitment to the organic process. “I wanted to make sure I put real microphones in front of real drums and physically played them,” Avary notes. “Real microphones in front of real guitars, pianos and amplifiers to keep it fully human. Every note is performed outside the computer.” As with previous records, Avary’s musical virtuosity is apparent. He wrote, produced, recorded, mixed, and performed every instrument on the album.

There’s an underlying forward motion that propels the album. Indeed, the hunger for constant progress has underscored much of Avary’s life and career. In late 2018 he returned to LA to finish the album and chart his path forward. For Avary, there’s a basic desire that sets his course, and as is often the case with The Rocket Summer, the lyrics speak best for themselves. Halfway through the album in an unassuming interlude is a simple claim: “I want a life with the world in it”.