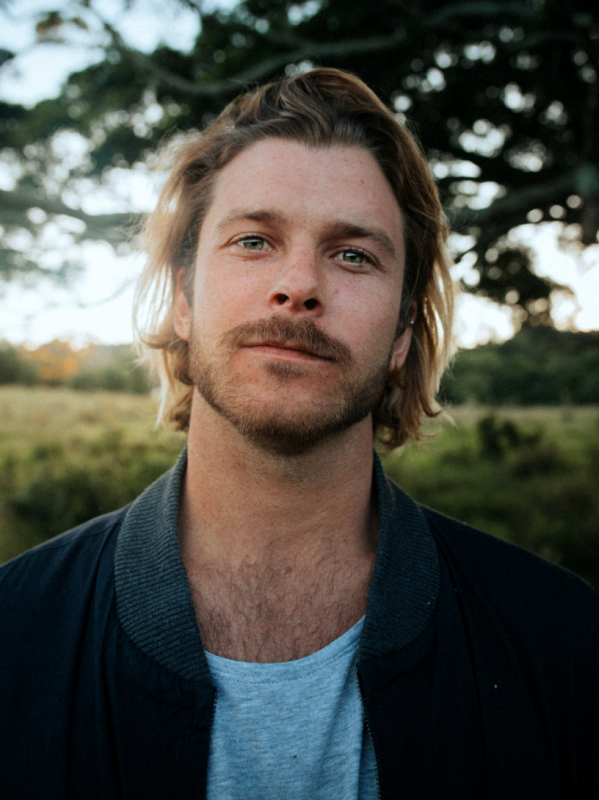 Australian producer and multi-instrumentalist Guy Brown, well know as Mammals composed and produced music for advertising and films for many years. He felt the urge to reignite his creativity, so in 2016 he quit his full-time job and relocated to Mollymook. From there, he embarked on a year of world travel and songwriting to piece together what would become his own soundtrack to escapism, his sophomore EP Chase Your Bliss.

A number of tracks were released last year by Mammals, which includes L D R U’s ‘Can’t Drive’.The time has come for Mammals to come out of hibernation once again, as some of his most exciting new material joins us in 2019.

My eldest brother was and still is a super eccentric dude. Growing up, he would always be putting on shows and musical numbers at the house, that we would all get involved in. With my father being a huge music lover, I recall jamming to Blues and Old School Rock before I knew what was going on.

Melodies are usually inspired or searched for after I have produced a beat, or have a rough idea growing. Sometimes it’s hard to hear what my subconscious is trying to say until I crack a word or phrase. Everything seems to click from then on.

So many times I’ve found myself forcing a song out, endless hours of writing shit. But in magical moments, they can come out naturally and honest. From the person you truly are.

I live really close to the beach and epic surf which allows me to step back from the studio and take my palette into the water with me. A lot of the time I’ll listen to the instrumental last before going for a surf. This is where a lot of great ideas come from.

An epic view, Jameson or night time. It’s all about the vibe. Bouncing ideas off other people really brings out the best stuff. My ideal beat making evening consists of comfy pants, fairy lights, and loud beats, getting politely loose to really get in the zone in different states of mind.

I also find that being hungover, emotional or alone really exposes honesty in my writing. I remember performing at Splendour In The Grass with LDRU in 2018. The after-party never stopped until it finally hit like a tone of bricks. I found myself back home searching for meaning over some simple chords on my balcony. This is how my latest single ‘Calm Down’ was written.

I’d just like to see Sydney’s music scene back again. Some of my fondest memories are hitting up random joints and bars discovering new bands. The NSW government has ruined our culture and crippled small businesses with their lockout laws, ultimately destroying the music scene. As of yesterday (amazingly enough) they have removed the laws, but the damage has been done. It will take years before we catch up to the other cities of the world.

There have been moments alone in the studio that I absolutely love. Working on new music, being immersed and disconnected from anything else going on in the world is such an amazing feeling. It’s kind of like being in a dream, then you snap out of it and get to see where you went the next day. Sometimes it can work out epic, other times I listen and go, ‘What the fuck was I thinking?!’ But that’s cool too!

I find I put a lot of pressure on myself to try and write a single or something that other people will like, however, looking at the big picture of music creation my most memorable experiences are just living in that zone and following random things that may never see the light of day.

I also have a deep love for electronic and techno music. I make heaps of it that I have never released. Those nights are so sick. Maybe one day.

Then, the other beautiful side of music is performing live. That’s when I really get lost. The energy of an audience is a powerful thing. Everyone is connected for a moment. I can’t wait to tour again.

A few years back we supported ‘The 1975’ on their Australian tour. The Sydney show was nuts. Chicks were cueing up around the block of The Enmore from 6 in the morning. My music, my no means is moshed pit material, but there were literally young girls getting dragged out of the crowd passing out and crying. I’m not too sure if any of them knew who we were but it was just a trip.

Also, personal messages from people across the globe really melt my heart. It really makes all the difference to hear that something I have created resonates with another person’s experience in this crazy world we live in.

Oh man, how good is listening to music for the 1st time? In my ‘Yummy And Fresh’ playlist on Spotify, we have ‘Cola Boy’, ‘Will Van Horn’, ‘Kazam’ and ‘Mild Life’. ‘Damn Magnificent Moon’ is such a jam. Some Greg Phillinganes. Other vibes I’m loving atm ‘Khruangbin’, ‘Connan Mockasin’ and ‘Jon Hopkins’ forever.

Rumour has it there is another EP this year. Is there? who knows. I guess we shall find out.

Should have eaten the taco.

Image credit: Peter Hoennemann ANIQO is a Berlin-based musician and songwriter on a mission to share authentic lyrics that have ...

Close friends and band Novacain formed in 2020, and have now shared their fourth single ‘Shine On Me’. Looking to ...