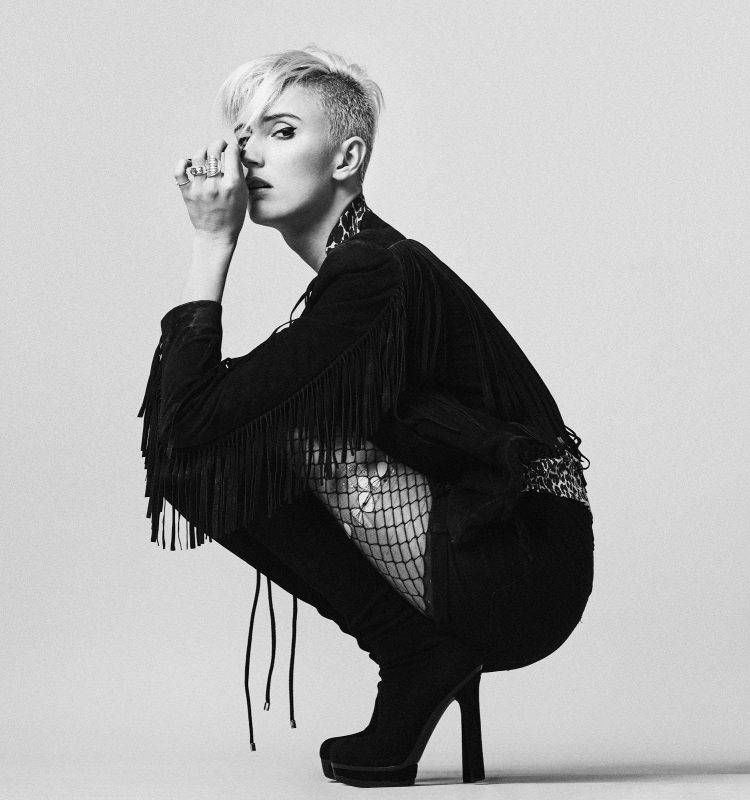 Interview: We chat to FELIN on the release of new single ‘Money Honey’

FELIN have revealed their latest single ‘MoneyHoney’. Following single ‘LaLaLa’, this becomes the fourth single ahead of upcoming album Reckless Dreamers. FELIN says “It’s one of the most playful songs on the upcoming album.”

FELIN is a Stockholm-based audiovisual duo, songwriter/artist Elin Blom and photographer/director Fredrik Etoall. Together FELIN is not just a music duo, but they emphasize on visuals incorporate into their image as well, via “invisible band member” Fredrik Etoall (the “F” in FELIN). We caught up with singer (and visible member) Elin Blom.

Tell us about your earliest musical memory?

This is a tough one because I’ve been singing for as long as I can remember. Like before I could even talk I made up melodies and once I started talking I put words to these melodies I’ve been told, always making all my relatives attend little concerts in my parents’ basement haha.

At what point in your life did you have that moment where you said to yourself “This is it. This is the type of music I want to create?

I have these moments all the time. My first moment was when my dad showed me a video of Blondie, I think I was about 11 years old and had just started my first band. My sound has since then always been leaning towards rock but with pop melodies, because I love the energy drums and noisy guitars bring on stage, but I’m also a sucker for strong catchy melodies. But with every single you want your sound to evolve a bit. I remember when we wrote ‘LaLaLa,’ which is the previous single, when we had finished writing that song I had one of those moments where I was like: This is what the album should sound like!

Please list some of the most influential albums on your creative outlook and output:
Albums that defined my sound in the early years were The Hives – Veni Vidi Vicious, Blondie – Parallel Lines and The Killers – Day & Age for example. In the making of this album I’ve listened a lot to Elle King – Shake The Spirit, Amy Winehouse – Back To Black and Tarantino Soundtracks.

What key pieces of gear/software are you using to define your sound?

Basically everything on the upcoming album is recorded live, drums, bass, guitars, organs, strings, horns, you name it. That adds a special touch to the sound. Our most used effects on this upcoming album would probably be distortion and tremolo. I love distorted vocals.

What inspires you outside of music? What do you turn to when the creative well runs a little low?
I party haha. I get a lot of my best concepts when I’m hungover, it makes you contemplate life in a different way. I also watch crime tv-series or read books. Most of my lyrics are pretty dark and twisted so I write better if I’m upset about something.

Lately, I’ve been worrying a lot about what’s going on in society, and women’s rights is something I hold close to my heart and want to support through my music.

Studio work and music creation or performing and interacting with a live audience, what do you prefer?

Performing! No doubt about it. I write music so I can get out there and play it live. There’s no better feeling or energy than that.

As a music artist, it becomes apparent that there is a huge difference between the art and the business. Is there anything about the music scene that you would personally change?

I love how music is so available anywhere and anytime now with streaming, but I hate how an artist a lot of the time is just defined by numbers and the amount of streams they have. In Sweden, the live music scene is dying and that makes me so sad. I would love if there were more venues where you can experience upcoming bands.

Any new or upcoming artists on your radar? Who shouldn’t the world sleep on?

Chair Model, I love their song ”Cherry.” Viagra Boys, they’re already creating quite a buzz especially in Sweden and they’re awesome live. My amazing friend Bishat, she’s the queen of dark pop. And Julia Frej, her voice is just wow! I have a lot of friends releasing music soon which is going to be fire!

What can we expect from you in the near future? Any upcoming projects or gigs in the pipeline that you would like to tell us about?

I’m currently on tour in Sweden and have 3 stops left before October is over and on the 1st of November, I’m releasing my debut album ”Reckless Dreamers,” which I’m super excited about! We’ll throw one hell of a release party at Fotografiska in Stockholm, so anyone in town should grab tickets.