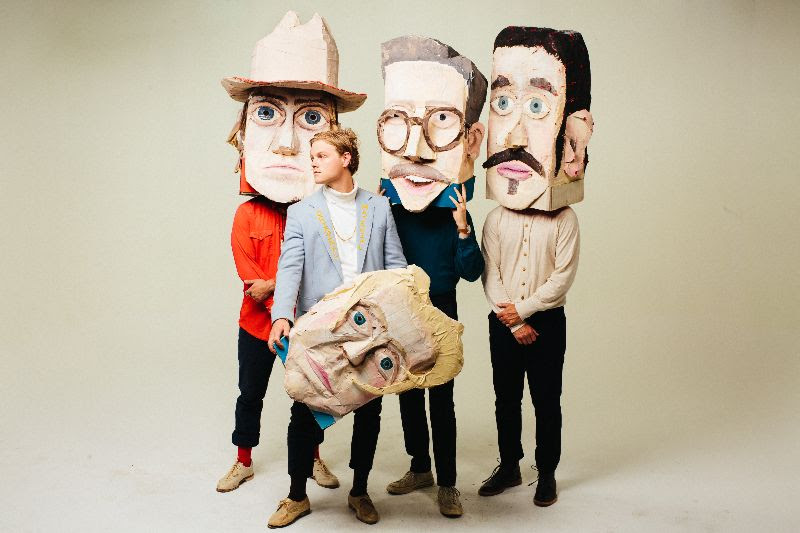 “The only thing I have to offer that is truly ‘original’ is myself,” explains singer Caleb Chapman. “I know this to be true but don’t always believe it. ‘Original Material’ is about the on-going fight to get out of my own way.”

A confluence of serendipity, fate, and inspiration led the band back to their roots lyrically. The album incorporates a storied family history going back generations mixed with folklore surrounding a runaway to create an album worthy of being a classic novel. The band teamed up with Ben Shive, who produced Colony House’s debut album When I Was Younger, to tap into the freedom of their formative years as a band.

‘Original Material’ is the second track to be taken from Leave What’s Lost Behind, following the release of lead single ‘Looking For Some Light’.

Colony House first captured attention in 2014 with their lead single ‘Silhouettes’ taken from their debut album When I Was Younger, which became the #1 played track on SiriusXM’s Alt Nation for four months straight.

The band followed the debut album with Only The Lonely, which featured singles ‘You Know It’ and ‘You & I’, and led Entertainment Weekly to include the album on their Must List and describe it as “…[fusing] swampy blues, scuzzy garage rock, and infectious indie-pop… its massive jams will sound great booming from a festival stage.”

Colony House has performed on Late Night with Seth Meyers, CONAN, TODAY show and more and head out on the road with a major North American tour following the album release, and UK and European shows later in the Spring.