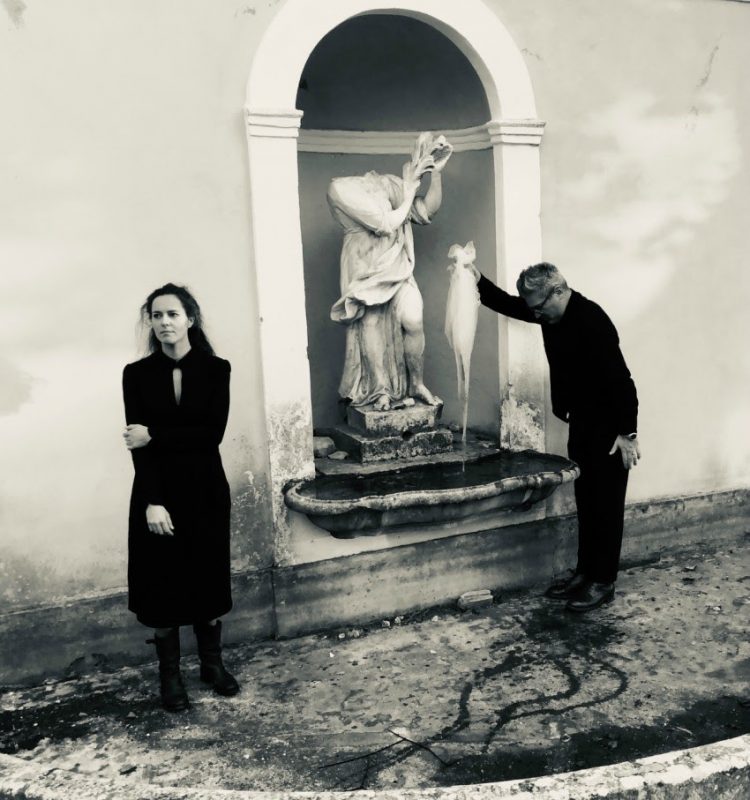 Southern Portugal-based collective, Mira Pardelha started with drummer, Jason Breckenridge,  living in Lisbon with his friend Ian Brimacombe, a guitarist and songwriter. The pair had played in bands in their home town of Montreal and had both fallen in love with their adopted city. Two decades later, they turned years of discussion into a set of song structures that articulated their feelings and memories from that time.

We’re a collective of people who have always been around music. Some of us have played in other bands. Half of us live in London via Toronto and Montreal. Half of us live in Lisbon. Tiago runs a studio in the Portuguese capital. This project is our attempt to draw out a longstanding love of great Luso music – fado legends like Amalia Rodrigues and Brazilian giants like Gal Costa and Milton Nascimento with our love of great Anglo-American underground music, from the Ronettes to Scott Walker and more recent legends like PJ Harvey. We’re all friends but our physical and cultural differences mean we all come at the music with varying approaches and contexts and our debut album ‘About Land’ is a fusion of some kind of resulting Anglo-Portuguese aesthetic.

Mira Pardelha’s debut, About Land, took shape over many years, with a shifting number of musicians. Jason and Ian played in bands in their home town of Montreal and moved to Lisbon. Later they moved to London and put the project together with new friends, Ursula (from Toronto) and Portuguese friends – Benedita, Tiago and Nuno. The two Canadians brought their structures and melodies to Tiago, who helped to arrange the tracks and brought in string and horn players. Jason wrote briefs for Nuno, who crafted the ideas into lyrics. Then Benedita and Ursula brought their own style and energy to each track.

We’re motivated by finding old Brazilian records and studying the production on them – and by just being in so many areas of Lisbon at night. We’re constantly trying to turn the mystery of Lisbon squares and streets into song ideas – and somehow capturing that feeling.

We don’t ever think about the business side of music –  we have always made music for ourselves and if people like it, that’s good enough. We’d encourage everyone in the business to channel a DIY spirit. Just find what you want to say and work hard to say it as best you can.

There is nothing like the thrill of performing live but Mira Pardelha has so far been a studio-based project. We wanted to channel the production of some of the albums and artists we love. But we hope to keep evolving.

We’ve had some record labels say how much they love the sound.

We’re making videos, writing and enjoying the process. The challenge is always keeping a large collective in two cities engaged,  but that makes the results more interesting.