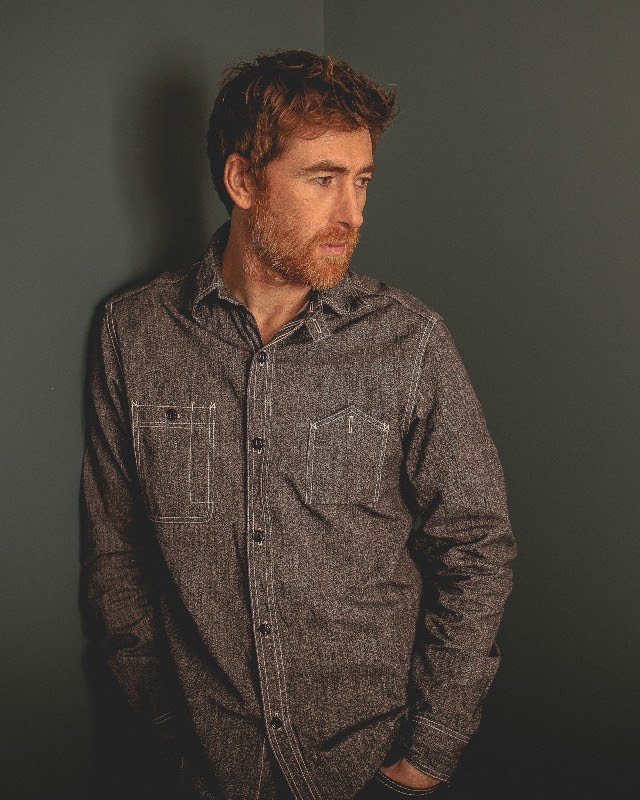 Jamie Lawson has released his 5-track heartfelt EP, Moving Images on May 29th, via Lookout Mountain Records. The London based-musician finds Inspiration in a variety of different artists, quoting the likes of  Jackson 5, The Smiths, REM, Ian Hamilton, Sylvia Plath, Andy Lawson, Allan Lawson as inspiration. However, Jamie Lawson has also found inspiration closer to home, sharing that the opening song of the EP – ‘A Perfect Year’ was inspired by his wife. It is a sentimental ballad with stunning string melodies and Jamie’s distinctive emotive delivery that was originally written in a panic as a present for his wife on their first anniversary after the present he had organised hadn’t arrived.

In the absence of tours, Jamie will be performing live-streamed concerts via his Instagram page. See his socials below for regular updates as to the performance timings.

Learn more about the rising star in the exclusive interview below.

The Smiths, The Housemartins and The Jackson 5. My elder brothers had their albums and I would listen to them all the time. I loved them then and I love them still. Great songs with brilliant lyrics and amazing melodies. Often really happy music under very sad or political lyrics. I didn’t really know about politics at the time, I was just a kid. I do remember walking around the playground at primary school singing, “Please, please, please let me, let me, let me get what I want this time: having no idea what it was about at all. That’s how music works when you’re young, you respond to melody over anything else.

As for production, it wasn’t something I found out about till much much later, that someone sat behind a mixing desk and sort of orchestrated how a record was made. When I’d moved to London in my 20’s all I did was argue with producers to turn my vocal down. I was so insecure. It took me a long time to trust someone.
I’ve started to produce myself these days. The new Moving Images EP was recorded in my home studio in Manchester. I’ve got a lot to learn still but I think I’m getting there.

Take us through your songwriting process. Are there any particular steps you take when putting music together?
My writing process is generally playing as much as I can until some chord structure or pattern moves me in some way. I usually sing complete nonsense over the top and at some point, more often than not, a sentence appears that you haven’t thought about and makes you head in that direction. Then I start writing things down or making voice notes. If I think a track will help the mood a bit I’ll start building a track but sometimes that can get in the way so I’ll just stick to guitar and voice.

As a musician, it becomes apparent that there is a huge difference between the art and the business. Is there anything about the music scene that you would personally change?
The main thing I’d change at the moment is the amount songwriters get paid via streaming services. The percentages are so incredibly low it’s criminal. I’m lucky to have had a hit that’s been streamed many millions of times but most bands and artists don’t and these days, especially right now with no live music able to happen, streaming is the only way for artists to make money. It needs to be rebalanced. The money is there it just isn’t being distributed correctly or fairly.

Studio work and music creation or performing and interacting with a live audience, which do you prefer?
I think I’m becoming more of a studio person than I used to be. I used to always prefer a live audience, there’s nothing like it really but lately, I’m becoming more of a homebody. I’m really enjoying live stream gigs which I do every Monday at 7pm and that enables me to interact with my fanbase on a regular basis. It almost makes it a more personal experience because I do a live request show where you can join me on my stream. It’s nearly the best of both worlds but I’m sure I’ll start to miss actual touring again soon.

What is the most memorable response you have had to your music?
The very personal ones are the ones that stick with me. The messages I get about how a song of mine has got someone through a difficult time in their life. That means the world to me.

What’s on your current playlist?
I made this playlist yesterday, I titled it songs I haven’t heard in a while:

Well I have a new EP coming out on 29th May called Moving Images that I’m very happy with. I’m releasing my debut album Last Night Stars on vinyl for the first time in August this year as part of Record Store Day and then hopefully another EP towards the end of the year.