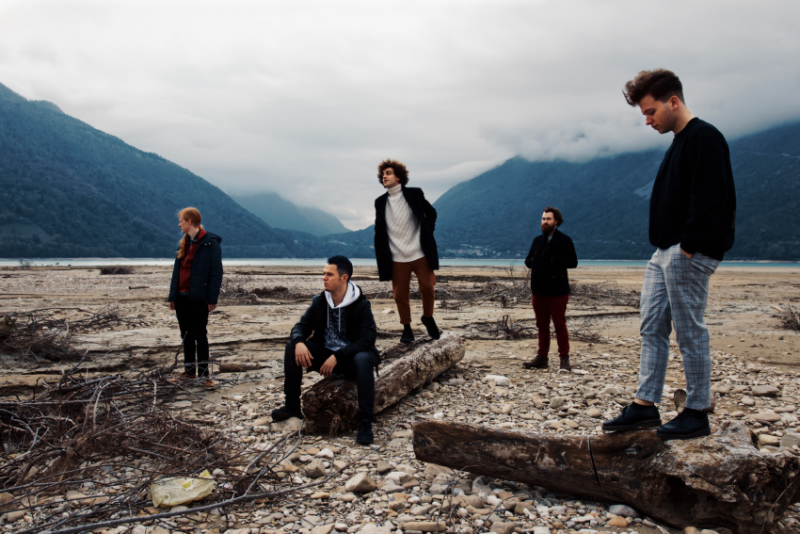 Dublin- based Alternative/Folk band Strawman & the Jackdaws formed in the year 2017, founded by three Italian musicians who moved to Ireland to find opportunities in the music industry, and two Irish musicians. Their music has many different influences: from catchy pop atmospheres to heavier distorted riffs, with an always present element of melodic folky lines.

After completing their first Irish-U.K tour with 3 sold-out shows out of six, they undertook their first-ever Italian tour in some of the major cities of the country selling out two shows out of three. One of the straightness of the band is the engagement with the crowd.

We all come from different genres and music background but we started playing together cause we all share the same idea on what we wanted from this project, we love seeing people dance and have fun and break the wall that sometimes divides crowd from artists. Since we love so much what we do when we’re on stage we want you to enjoy as much as we do and switch off for a moment from all the everyday problems.

It’s hard to explain the exact process, it’s always different. Sometimes it starts with an iPhone vocal memo recorded in a supermarket or sometimes it’s about being inspired by a book or a particular experience. Most of the ideas start from the songwriter Riccardo and then developed in the rehearsal space through the different influences and approaches of the other members of the band.

It’s hard to balance and keep being creative with all the stuff going on in daily life; work, school, relationships and general problems. Since we moved to Dublin we found a very interesting art scene of bands, artists, street performers and museum that keeps you constantly inspired and keeps the creativity flowing.

Nowadays it’s really common to associate streams/followers/likes that a band has online to the engagement that they can create in a live performance.

We know it’s easier to discover/listen new bands online, sitting on your couch with a cup of tea, but sometimes living a show can really make the difference especially for emerging bands with not too much budget for recording.

We love producing music and seeing the crafting of a song in the studio recording. But we define ourselves as a live band, we love playing music together. There’s a lot of interaction between us during the shows and the reaction of the crowd is priceless. After completing our first Irish and Italian tour we realised how much people want to join your experience on stage singing and dancing as much as you do.

We can’t wait for this situation to be over, to hit the road again and to play new shows for our people.

Three out of five members are Italians. Last November we managed to organise a tour in our native hometowns back in Italy. We would never expect such a warm and insane response from people, we even sold out two shows.

Seeing old friends and families still support you after a lot of years and meeting many new people that discovered us after moving to Ireland was definitely the most memorable experience as a band.

As mentioned before we all listen to different styles of music, our current playlist is on our Spotify page and varies from Slowdive, Gazebo Penguins, Brunori Sas, Of Monsters and Men, Toto and Tedua

We have already recorded a full EP which supposed to be released early in May, but for obvious reasons, we had to postpone it to a future date. It will be followed by a European Tour.

Never play a Football match the night before a show…